Korean Drama The Penthouse Season 3 Epsiode 4, Secrets of the Corpses Under the Tower

Korean Drama The Penthouse Season 3 Epsiode 4, Secrets of the Corpses Under the Tower

The Korean drama The Penthouse Season 3 tells the story around Hera Palace, an apartment complex reserved for those at the top of the social pyramid.

Mr. Baek gets into Jo Dan Tae's gang through Yoon Cheol and Je Ni's father he pretends to want to do business to spy on Joo Dan Tae and take back his property.

Joo Dan Tae's real identity is that he is Mr. Baek Jun Ki who swapped identities with the real Joo Dan Tae who is now Baek Jun Ki.

Baek Jun Ki is a man whose family was killed and his property taken while he was sent to a mental hospital for later his identity taken until the real Mr. Baek changed his name to the real Joo Dan Tae.

With the help of Logan Lee Jun Ki was able to get out of the hospital to prepare for revenge on Dan Tae.

Dong Pil, who has a grudge against Dan Tae because he had to endure the murders committed by Jo Da Tae, prepares to uncover everything by excavating the corpses in the basement.

In the Korean drama The Penthouse 3 episode 4, Seok Kyung really rebelled, standing with Jo Dan Tae, he tried to get rid of Bae Ro Na and Sim Su Ryeon by Seok Hoon's side.

He even tried to help his father to seize the Penthouse and expel Sim Su Ryeon and Bae Ro Na, a dispute with Seok Hoon was inevitable he kept trying to convince that Sim Su Ryeon and Logan lee killed their biological mother.

Meanwhile, there is Logan Lee and Jun Ki's flashback where Jun Ki is in the hospital locked up due to a mental disorder that Joo Dan Tae accused him of after killing his family and taking his identity to take possession of his property.

There's a scan where a woman with long hair is killed, who is she?

Then how does Yong Pil find out that Kim Min Seok's corpse under the buzz still lives, the woman who was killed by Dan Tae and put him in prison? 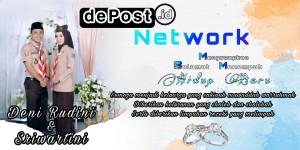